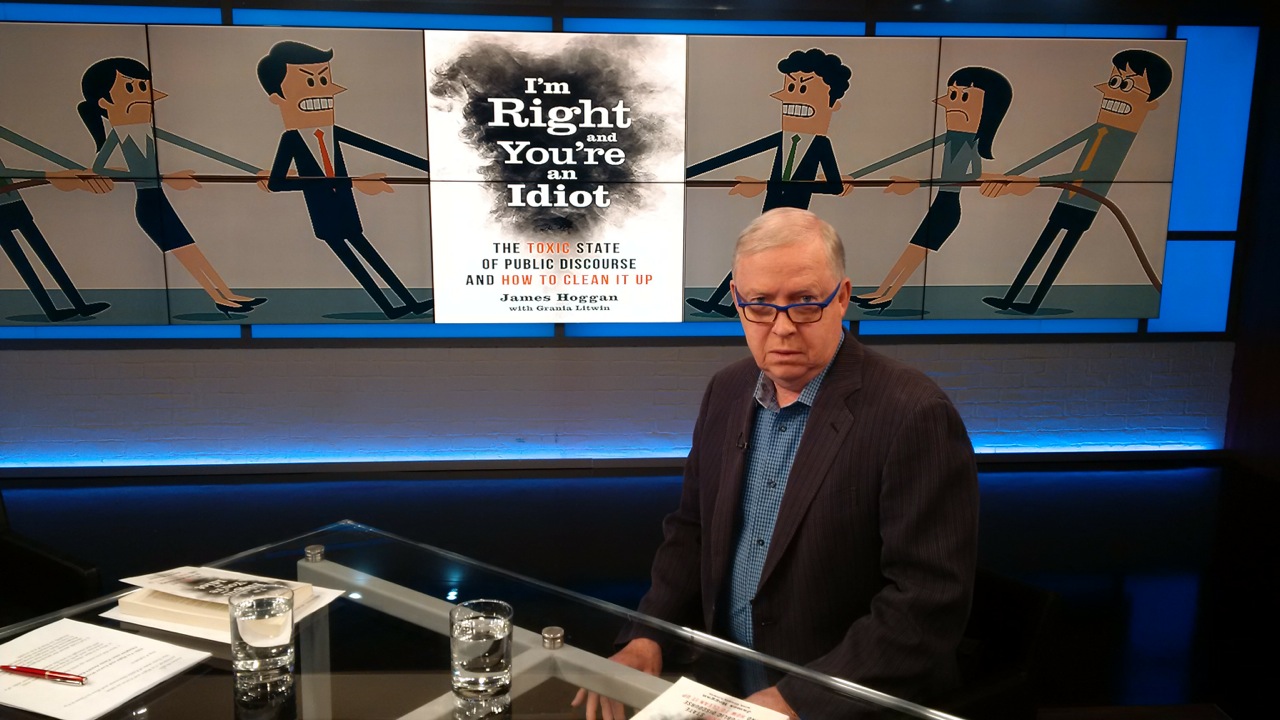 James Hoggan is one of Canada’s most respected public relations professionals and the president and owner of Hoggan & Associates, an award winning strategic communications firm specializing in crisis management and stakeholder engagement for government, industry and non-for-profit organizations.

Jim is the co-founder of Stonehouse Standing Circle, an innovative public-engagement and communications think-tank and the influential website DeSmogBlog, chosen as one of Time Magazine’s Best Blogs for 2011 for its work exposing corporate misinformation campaigns. He also serves as a trustee of the Dalai Lama Center for Peace and Education and is the former chair of Climate Project Canada – the Canadian chapter of Al Gore’s global education and advocacy organization.

He took the Directors Education Program through the Institute of Corporate Directors at the University of Calgary’s Haskayne School of Business in 2007. In 2013, Jim Hoggan received the Leadership, Organizing, and Action: Leading Change Certificate from the Harvard Kennedy School Executive Education program. In 2014, he completed the Harvard School of Public Health’s Executive Education program on Effective Risk Communication: Theory, Tools, and Practical Skills for Communicating about Risk.

Hoggan is married to Enid Marion. The two married while attending law school at the University of Victoria. Until recently, Marion was a full-time Member of the B.C. Human Rights Tribunal, as of 2008. Prior to that, she practised labour, employment and human rights law as a partner with Vancouver-based Harris and Co. James and Marion are art collectors and spend a lot of their free time cycling and hiking in the mountains in their home province of British Columbia and around the world.

Hoggan started Hoggan & Associates in 1984, while in his second year of law school at the University of Victoria. It was intended to be a side job to help pay the bills. By the time James finished his law degree, the PR business had taken off. It became an unanticipated success with 12 employees and regular clients by his third year of law school. Jim decided to turn his side business into a full-time career.

Over three decades, Hoggan & Associates has built a reputation for managing critical situations and difficult issues. Clients have come from industry, non-profits, universities, hospitals and government. James Hoggan and his team have handled a wide-range of high-profile public relations controversies and crisis situations – everything from food poisonings and labor disputes to animal cruelty charges, human deaths and sex scandals.

Jim is the author of three books, Do the Right Thing: PR Tips for Skeptical Public (2009), Climate Cover-Up: The Crusade to Deny Global Warming (2009) and Polluted Public Square (Fall 2013). Jim speaks, writes, and presents widely on public attitudes towards sustainability, climate change, and the environment.